Deutsche Version
The Capture One Pro pixeltwister helps you to edit images in Capture One Pro much more efficiently and with more pleasure. Lean back, navigate through your pictures, edit, marvel.

The controller is not included in the price! With this product you get all necessary configuration files for the controller, the MIDI translator and Capture One Pro. Please read the product description carefully and watch the video.

You can download digital products immediately after paying. No waiting time.

I'm here for you. If you have any problems with this product, I am at your disposal personally. Both before and after the purchase.

You will receive a step by step installation guide.
Setup takes just 5 Minutes.

Midi? Yes, the Midi fighter twister is a midi controller – made for DJs and live performances. Now you are probably wondering what this has to do with image editing. Very simple – we use the controls of this controller to control Capture One Pro with these midi commands. To do this, the midi signals must be converted into keyboard commands. This is done with a MIDI translator.

The overall system consists of the following elements:
This Product contains:

You will also need:

Works with Windows 10 and Mac OS.
Important Support on my part only for Mac OS and for German keyboard. All files have been extensively tested on Windows and Mac OS. However, every Windows system is different. I cannot give support for this. It can happen that some functions are not available under Windows due to different keyboard drivers. In this case you have to reassign them yourself. It is not particularly difficult.

The possibilities in detail: 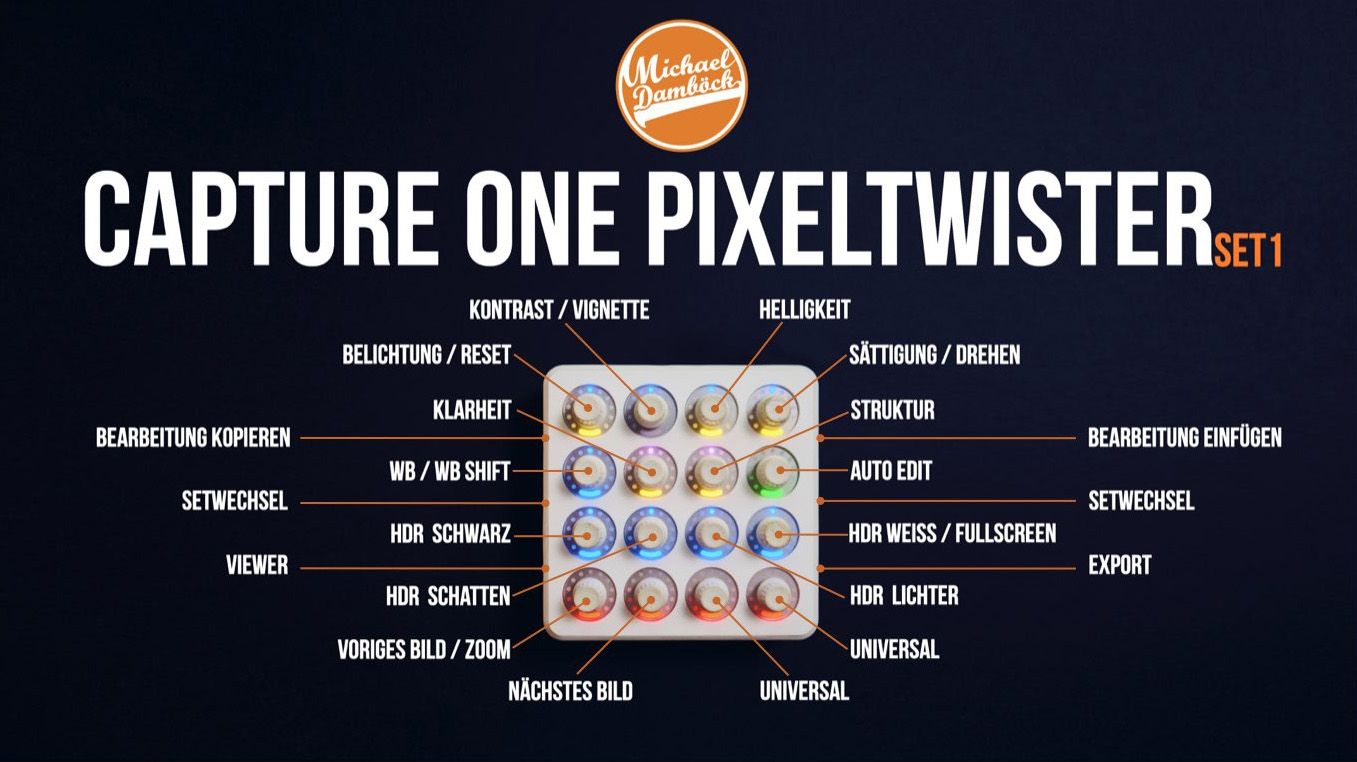 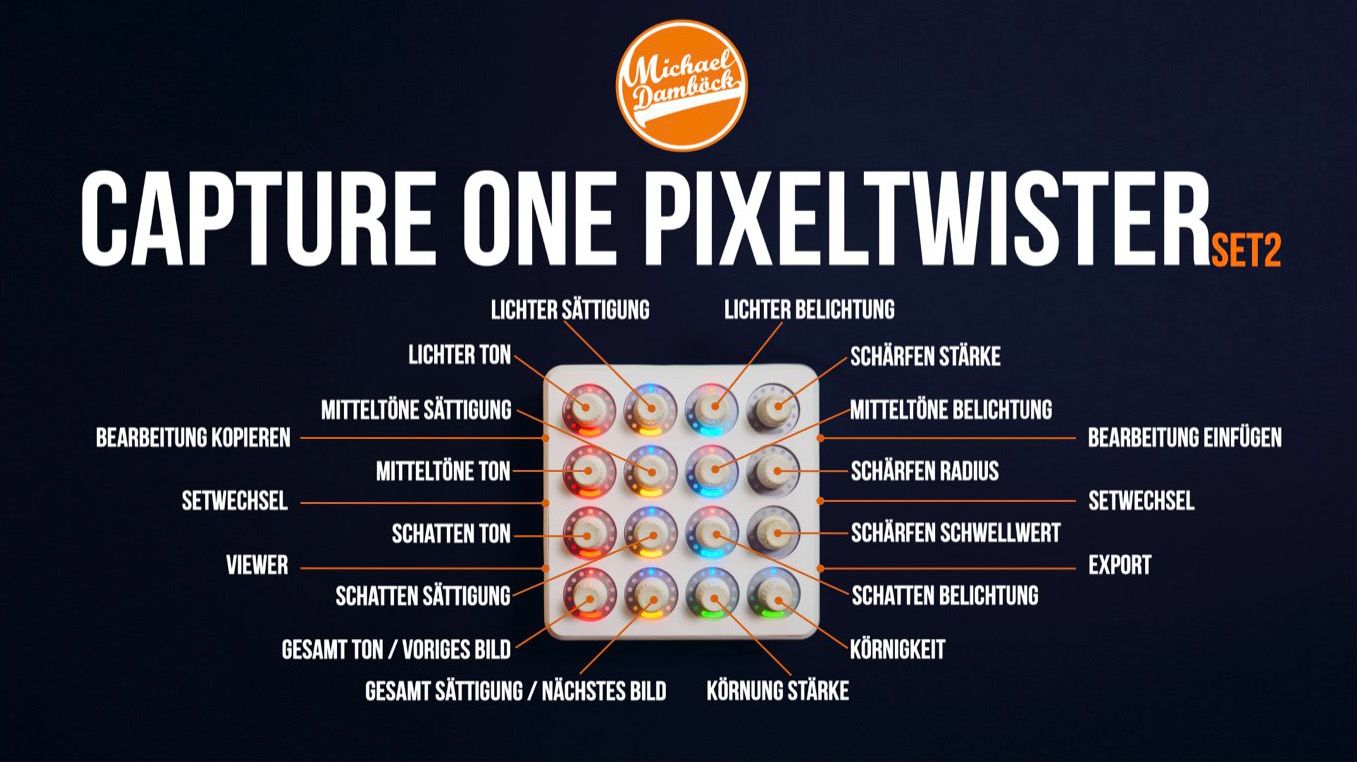 Capture One in your hands

The controller has 16 rotary knobs, so-called encoders. Each encoder can also be pressed down. In this way, several functions can be mapped on one encoder. In addition, the controller offers the possibility to switch between “sets” with the middle side buttons. So you get another 16 image editing functions in Set 2.
Capture One Pro itself does not currently allow all of the image editing functions that are actually available to be controlled by shortcut. Apart from that, I have adjusted the pixeltwister to my own needs – see graphic above. Of course, you can adapt the system to your wishes. However, this is certainly a day-filling task.
Functions in Set 1:

Fuctions of the side buttons:

* Universal Encoder
I developed the two universal encoders to allow you to control almost any tool in Capture One.
You can see how this works in my introductory video.

Functions of the side buttons:

Capture One Pro with Midi

Why the whole thing? In image processing, the focus should be on the image. Unfortunately, image editing is a very complex thing. In order to achieve the many image editing functions with the classic input tools such as keyboard and mouse, you very often have to draw attention away from your image to clicking on the correct function on the screen.
For me it was not sustainable in the long run. I want to have full attention on my image and edit it intuitively while editing. That’s why I developed the Capture One pixeltwister. By turning the encoder you can feel much more precisely how your image is processed. Since I’ve been working on my pictures with the pixeltwister, I’ve been experimenting a lot more and still reach my goal much faster.

There are no reviews yet.

Only logged in customers who have purchased this product may leave a review.

Find out more or adjust your settings.

This website uses cookies so that we can provide you with the best user experience possible. Cookie information is stored in your browser and performs functions such as recognising you when you return to our website and helping our team to understand which sections of the website you find most interesting and useful.

Strictly Necessary Cookie should be enabled at all times so that we can save your preferences for cookie settings.

If you disable this cookie, we will not be able to save your preferences. This means that every time you visit this website you will need to enable or disable cookies again.

This website uses Google Analytics to collect anonymous information such as the number of visitors to the site, and the most popular pages.

Please enable Strictly Necessary Cookies first so that we can save your preferences!